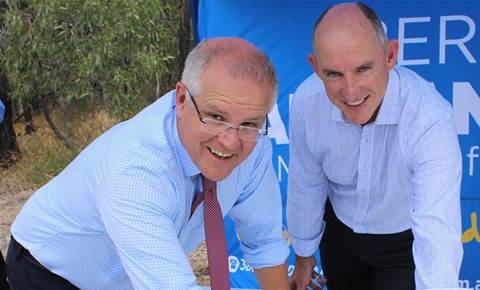 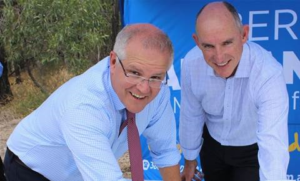 A “significant distributed-denial-of-service (DDoS) attack” has been blamed for problems with the federal government’s online services portal myGov.

Government services minister Stuart Robert made the assertion on Monday afternoon after thousands of Australians were locked out while attempting to access welfare services.

He said that the significant traffic was blocking users from accessing the site, which had been updated by Services Australia over the weekend in preparation for the influx.

Update: Roberts has since walked back his initial claim and now says no attack took place.

“We’ve been preparing for a large influx of Australians who haven’t yet used Centrelink service before,” he said.

“We’ve put a tenfold increase on our digital channels over the weekend in preparation.

“Unfortunately, this morning we also suffered a DDoS attack on our main channels, which also highlights that other threats are still around.”

Roberts denied that the site had crashed, but that the DDoS attack combined with the increase in traffic from genuine people seeking welfare had overloaded the system.

“myGov has not been offline,” he said.

“It has simply suffered from a DDoS attack this morning, and currently it is processing 55,000 concurrent users, which means the 55,001 user will not be able to access it.

“So as users move off the 55,000, that’s when new users can come on, and we are working today and tonight to look at how we can expand the 55,000 concurrent users to a higher number.”

Robert declined to attribute the attack.

iTnews has contacted the Australian Signals Directorate to clarify if the matter has been referred to them.

Services Australia is now looking at ways to increase myGov’s concurrent user load of 55,000 to “even higher”, Robert said.

It comes after the government boosted the fortnightly welfare payment for jobseekers, and announced new measures to allow individuals to apply to access part of their superannuation.

All states and territories will begin shutting down “non-essential services” from midday today to tackle the spread of COVID-19.